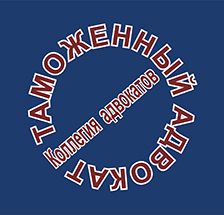 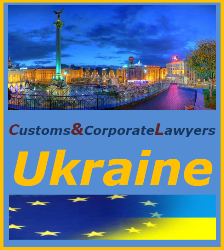 Protection of intellectual property in innovation, technological and military-technical spheres

It is known that currently «survival», and, consequently, the competitiveness of the state is impossible without maintenance of world-level scientific and technical progress. This means the need to maintain a constant and increasing flow of innovations (mainly technical) determined by such terms as «innovation». Largely such innovations are not than other, as the results of intellectual activity. That's why I want to pay special attention to innovations in their relationship with intellectual property.

Unfortunately, in a society there is a certain stereotype perception of intellectual property, which largely regulated by the proprietary relations, related to the sphere of non-material phenomena new ideas, technologies, management decisions do not have adequate forms of an estimation of their cost, economic and social criteria, legal standards. This leads to the emergence of piracy in the intellectual sphere. It is not a secret that in present time even from several countries widespread industrial espionage. That is why the security and protection of results of intellectual activity, and the repression of unfair competition should be among the strategic objectives of the business and the state.

The development of entrepreneurship on the territory of the Customs Union, the Common economic space formation of the civilized market relations, as well as the need for effective integration to the world economy reason the necessity of constant improvement of the national and supranational legislation in the sphere of intellectual property protection.

The main factors that prevent the formation of full-fledged market of intellectual property in the countries of the CIS, as rightly pointed out by many experts, is the traditional immunity for innovation, characteristic for the majority of branches and spheres of economy, and weak involvement of intellectual property in economic turnover, which is manifested in low innovation activity of enterprises. Here you can specify the low level of motivation of business to innovation, because the existing legislation does not provide for investors comfortable organizational and legal forms for the purpose of venture financing.

It is also worth noting the low level of capitalization of intellectual property and the weak orientation of intellectual activity results. In relation to innovation experts note the presence of an alarming trend of ageing of the scientific and inventive personnel, weak orientation of research and development on the solution of practical problems, violation in the process of reforms of previously existing cooperative ties between operating on the territory of the Customs Union research and economic structures.

Structure of the market of intellectual property is characterized by its fragmentation and heterogeneity. This is evident in the limited nature and relatively static indicators of development of a number of segments related to innovation activities, namely patented inventions, know-how, integrated circuits, plant varieties, the market of industrial designs.

Another important feature of intellectual property protection on the territory of the CES is associated with a specific structure of the owners in the countries of the Customs Union. So, unlike developed countries, where most large patent holders are large companies, in the CES owners of the patented inventions are mostly the research sector (25-35%), universities (20-30%) and individuals (15-25%). The share of enterprises is only 5-15 percent. This trend is clearly reflected limited practical significance of the patented inventions, and low quality of the patents themselves. This is one of the key factors hindering the expansion of the innovation market.

It should also be noted that in the countries of the Customs Union only among foreign right holders of patented inventions prevail major foreign companies. The intellectual property objects such as trademarks, software, literary and musical works, etc. in all countries of the CES quite extensively involved in market relations, including in products. Here, too, there are problems, including the problem of the existence and use of the former «Soviet» trademarks.

After the collapse of the USSR, according to the Federal service for intellectual property, there are about 4 000 trademarks of the Soviet Union, food - about 70, confectionery products - about 250, medicines, about 600 trademarks, and other industrial trademarks (4).

Today in national systems of registration of trademarks CIS rights to these trademarks are registered for various rights holders (for example, the name of the Soviet candy «Mu-Mu», «Red Cap», and so on). In this regard, the urgent necessity of creating a legislative mechanism that would provide the possibility of using the Soviet trademarks of their long-standing producers in modern conditions, and also normative regulates issues related to the freedom of movement of goods within the framework of the Common economic space, where this principle is strictly observed.

One of the peculiarities of the national innovation markets CES countries is their practical isolation from the world and the respective regional markets. First of all, this is due not only to a low degree of involvement in the international economic, scientific, innovation and information space, but also differences in the motivation for innovation activities, standards, management accounting, financial reporting, etc.

It should also be noted that the common economic space (in particular, in the process of reforming the military-industrial complex, in the course of military-technical cooperation a number of questions arise in connection with necessity of protection of the rights of the state on the results of intellectual activity, as it directly affects the security and defense of our States.

Fully enough in the legislation developed and legal mechanism of protection of industrial property objects exhibited at exhibitions prior to the filing with the national patent office. Demonstration of the latest products, inventions, useful models, is one of the main objectives of exhibitions. This gives an opportunity for inventors to engage in direct marketing of their developments, to assess the interest of the market, to find potential buyers. At the same time if these exhibits no legal protection is ensured through their patenting, the disclosure of the invention creates a real opportunity for unauthorized use, and may tarnish the novelty and thus create additional interference to further patenting.

In the world practice, this problem is solved with the help of the so-called lack of novelty of inventions, useful models and industrial samples and exhibition priority for trademarks, demonstrated at exhibitions. The main issue in the establishment of exhibition priority is to define the status of the exhibition. Currently, however, in the legislation there is no definition of official or officially recognized international exhibition». Also not defined procedures to confirm the display of the objects of industrial property at the exhibition, which facilitates industrial espionage.

In general, development of intellectual property market in most countries of the CES experts estimate as premature. The main reason for this, as already noted, first of all, low business demand for innovation. As a consequence pronounced trend towards a decrease in patent activity, low level of maintenance of patents, a small number of applications for patent protection abroad, as well as a limited share of innovative enterprises (no more than 11%to 12%) and a small share of innovative products (6-7%) in the overall volume. Recent indicators in 5-6 times or more equivalent to similar indices typical for developed countries.

In this context, the limited market of innovations is one of the important factors hindering technological development of modern society and the transition to innovation model of economic growth.

In the conditions of active development of the processes of globalization and creation of the information society there is a growing need in the use of common internationally recognized approaches to the creation, registration and use of the results of intellectual activity, legal protection, commercialization and protection of the rights and the development of appropriate standards. On the way of formation of the intellectual property market continues to be essential for the development and adoption of a package of legislative and other normative acts providing for effective and quality legal regulation in the interests of protection of intellectual property, innovation development, improve quality of life, quality of power and the quality of the law.

Formation of the uniform practice of application of legislation in the sphere of intellectual property could also contribute to the formation of a supranational judicial practice.

The inevitability of the transition to innovation model of economic growth is obvious. Sustainable development must be ensured by the implementation of efficient projects and priority programs of development of high-tech industries.

In summary, we note that the most important condition for the formation of the innovative model of economic development in the countries of the Customs Union is to create a mature market of intellectual property.

3. The agreement on trade-related aspects of intellectual property rights (TRIPS) of 15 April 1994, Marrakesh).